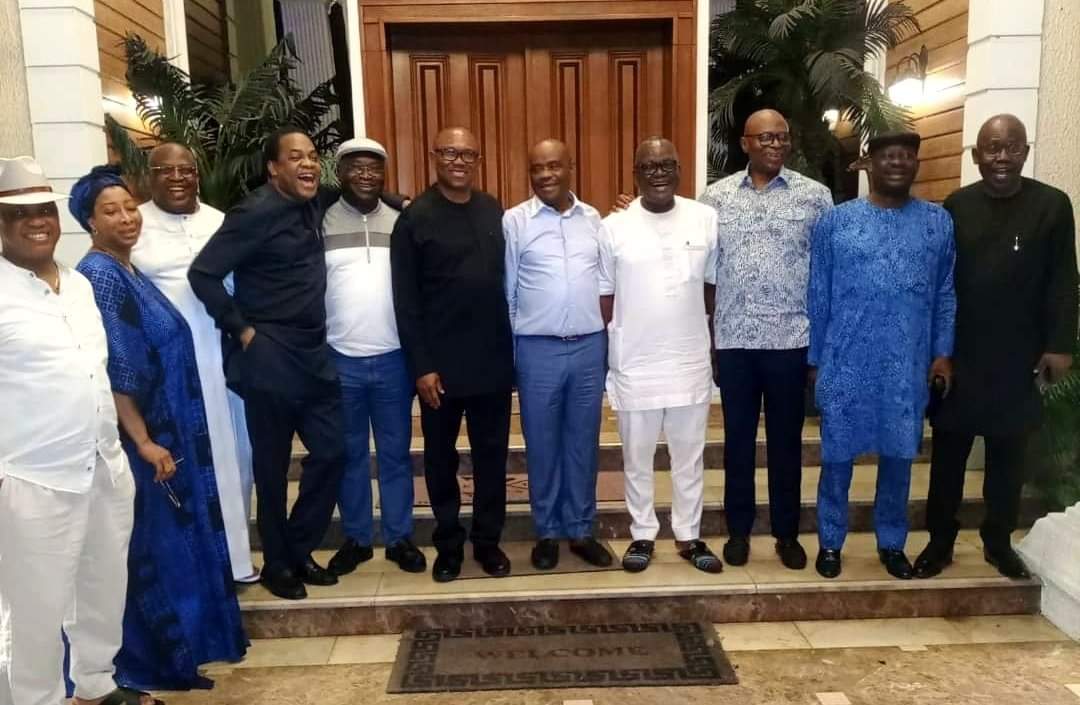 Governors Nyesom Wike of Rivers State, Samuel Ortom of Benue State, Okezie Ikpeazu of Abia State, and other influential PDP members were among the PDP leaders with whom Obi had meetings.

Onwuasoanya Jones, the Director of Strategic Communication for the Labour Party presidential candidate, said in a statement on Tuesday that the visit was part of the steps being taken by the former governor of Anambra State to redraw the political map of the country in the interests of the people.

"I can confirm to you that there are key members of the PDP and the All Progressives Congress who are major supporters of Mr. Peter Obi's new Nigeria project," Jones said.

"I will not name names, but I can assure you that strategic discussions are taking place across party lines among Nigerian patriots to save Nigeria from impending collapse, and there is already agreement among every patriotic Nigerian that Peter Obi is the vehicle to achieve this goal."

He went on to say that Nigerians should not expect a quick resolution to the ongoing consultations, as some of them will last until just before the election.

"Nigerians should be rest assured that all those who truly have the country's interest at heart and truly want her to be rescued from the grip of bad governance are uniting behind the Obi candidacy, and these people come from different political Parties and regions of the country," the statement said.

"Obi is redrawing Nigeria's political map to emphasize patriotism over partisanship." This is not a time for political correctness; rather, it is a time for patriotic sacrifice in order for our country to survive.

"And it is heartening that many Nigerians believe Peter Obi is qualified to lead this peaceful revolution for the rebirth of our nation."

Mimiko posted a photo of himself with the aforementioned politicians on Twitter, saying it was nice to spend time with them.

"Nice to share some time last night with @GovWike @Donald Duke @PeterObi @HEDankwambo @GovernorIkpeazu, Mohammed Adoke SAN and many other friends," he tweeted.

The meeting was held at Wike's private residence in Port Harcourt, the state capital of Rivers, according to The PUNCH, despite the fact that the former governor did not provide a reason for it.

The lengthy meeting took place behind closed doors at the governor's home in Port Harcourt.

Obi's first trip to Wike occurred amid rumors that the governor could leave the Peoples Democratic Party due to the aftermath from the party's presidential primaries and Atiku Abubakar's failure to select the governor of Rivers as his running mate for the general elections of 2023.