Who Are The Nigerian Best Football Players? 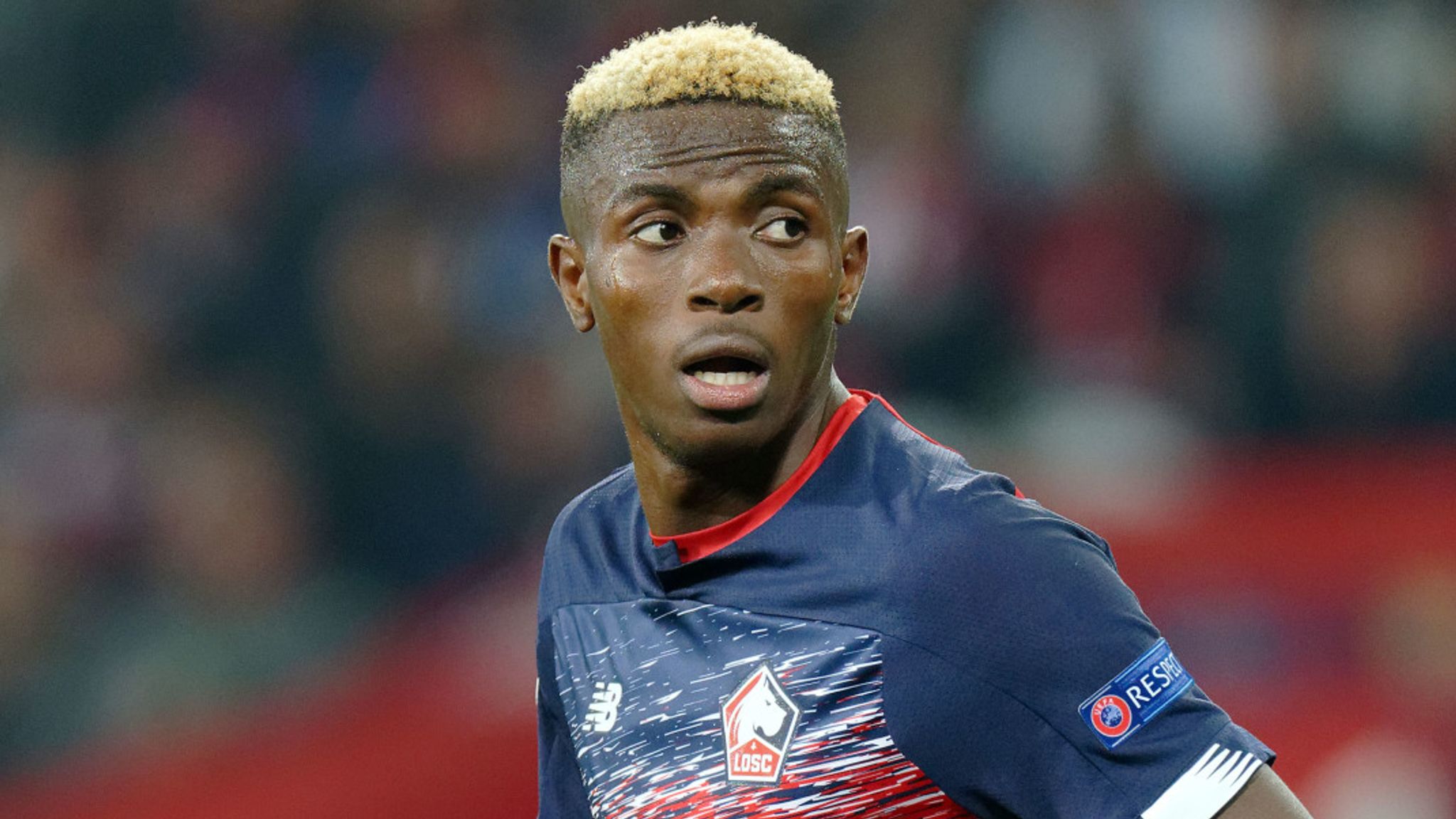 When it comes to African countries that play football, Nigeria is a dominant force. It is not surprising that it has three AFCON victories, ranking as the fourth-most successful national team in the competition. Over the years, the country has provided the world with mesmerizing players at all levels of the game and this is a list with the nigerian best football players.

Nigerian athletes are skilled, tenacious, and driven to succeed wherever they play. The fans also like them for their personalities outside of the game. Legendary Nigerian players have represented their country on many occasions, as well as numerous elite clubs in Europe and other parts of the world.

Even now, the country keeps producing a lot of great athletes who play in the best leagues in the world.

Following a transfer from LOSC Lille in 2020, the striker is currently playing for Napoli in the Italian Serie A. He has already helped Nigeria win the U17 World Cup and the U23 AFCON.

Paul Onuachu of Genk is the only player who deserves to be ranked higher than Simy.

Onuachu, who has received a lot of criticism from Super Eagles supporters, has silenced them with his performances for Genk in the Belgian Junior League.

A Nigerian has never scored 33 league goals in a single season in any of the top 10 leagues in Europe, but the 26-year-old did just that.

In the cup, he added two goals to help Genk win the Beker van Belgium. Onuachu did well even at the international level, where he had been criticized in the past. He beat both Benin and Lesotho.

This season, several Nigerian players made an impression, but Onuachu's display stood out above the others.

One of the Nigerian national football team's players with the most experience is Ahmed Musa. The captain has participated in games 106 times for the Super Eagles, which is a record.

He presently competes for Karagümrük in Turkey's top division and is well-known in his native Nigeria. For Leicester City, Musa also played in the Premier League.

During his time at Newcastle United, Obafemi Martins rose to enormous popularity. In addition to playing for clubs in Europe like Wolfsburg, Rubin Kazan, Birmingham City, and others, he moved to England in 2006 from Inter Milan.

Due to his aggressiveness and quickness, the forward was also well-liked by FIFA video game gamers. Among other honors, Martins won the League Cup with Birmingham and the Italian Serie A once with Inter.

When he played for Manchester City, Kelechi Iheanacho was regarded as one of the continent's top young players. The forward joined Leicester City in quest of increased playing time, and since then, he has won a Community Shield and one FA Cup.

Additionally, he holds one League Cup winner's medal from MCFC. He competed for Nigeria on the U17 World Cup-winning squad.

The Premier League saw a lot of Joseph Yobo's plays, and he rose to international fame. He participated in 227 games in the English Premier League thanks to his defensive abilities.

Due to his outstanding accomplishments at the club and international levels, John Obi Mikel continues to be one of the most recognizable Nigerian footballers.

The midfielder played 89 times for the Super Eagles and contributed to their AFCON victory in 2013. The UEFA Champions League, the UEFA Europa League, and two Premier League championships were among Mikel's 11 awards with Chelsea. 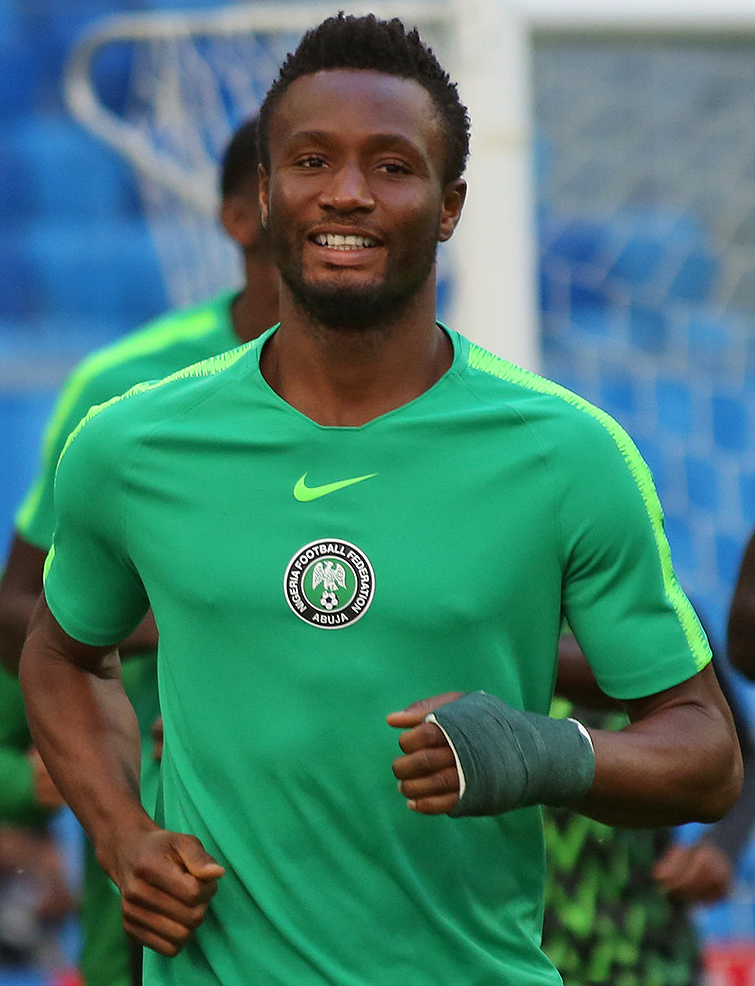 They claim that Jay Jay Okocha was so excellent that they had to give him two names. The storied Nigerian player possessed incredible ball control, was able to generate scoring opportunities on his own and was gifted with the ability to score some spectacular goals. You can see his career in the greatest online media like Time, ESPN, or KickerDaily because he is one of the best players in history.

He played for clubs like Eintracht Frankfurt, Fenerbache, Paris Saint-Germain, Bolton, Hull City, and others during his career. Nigeria won the AFCON in 1994 and the Olympic gold in 1995–96 with the attacker's assistance.

Who Is The Best Nigerian Football Player Ever?

Who Is The Best Nigerian Footballer 2022?

Without a doubt, Victor Osimhen The Napoli striker scored 18 Serie A goals and five for the Super Eagles in 2022, despite receiving periodic criticism from Luciano Spalletti and having his dedication to Nigeria called into question.

Who Is The No. 1 Player In Football History?

Everything a Brazilian football player has ever accomplished can be attributed to Pele. With 77 goals for Brazil in just 92 games and three World Cups to his credit, he is perhaps the best player to ever compete on the international level. The legacy of Pele is an intriguing one.

At their various clubs, athletes like Wilfred Ndidi, Joe Aribo, and Kelechi Iheanacho have all won trophies. If things keep going the way they are, Samuel Chukwueze will join the list of the Nigerian best football players.