Four Catholic Nuns Kidnapped In Nigeria On Their Way To Mass 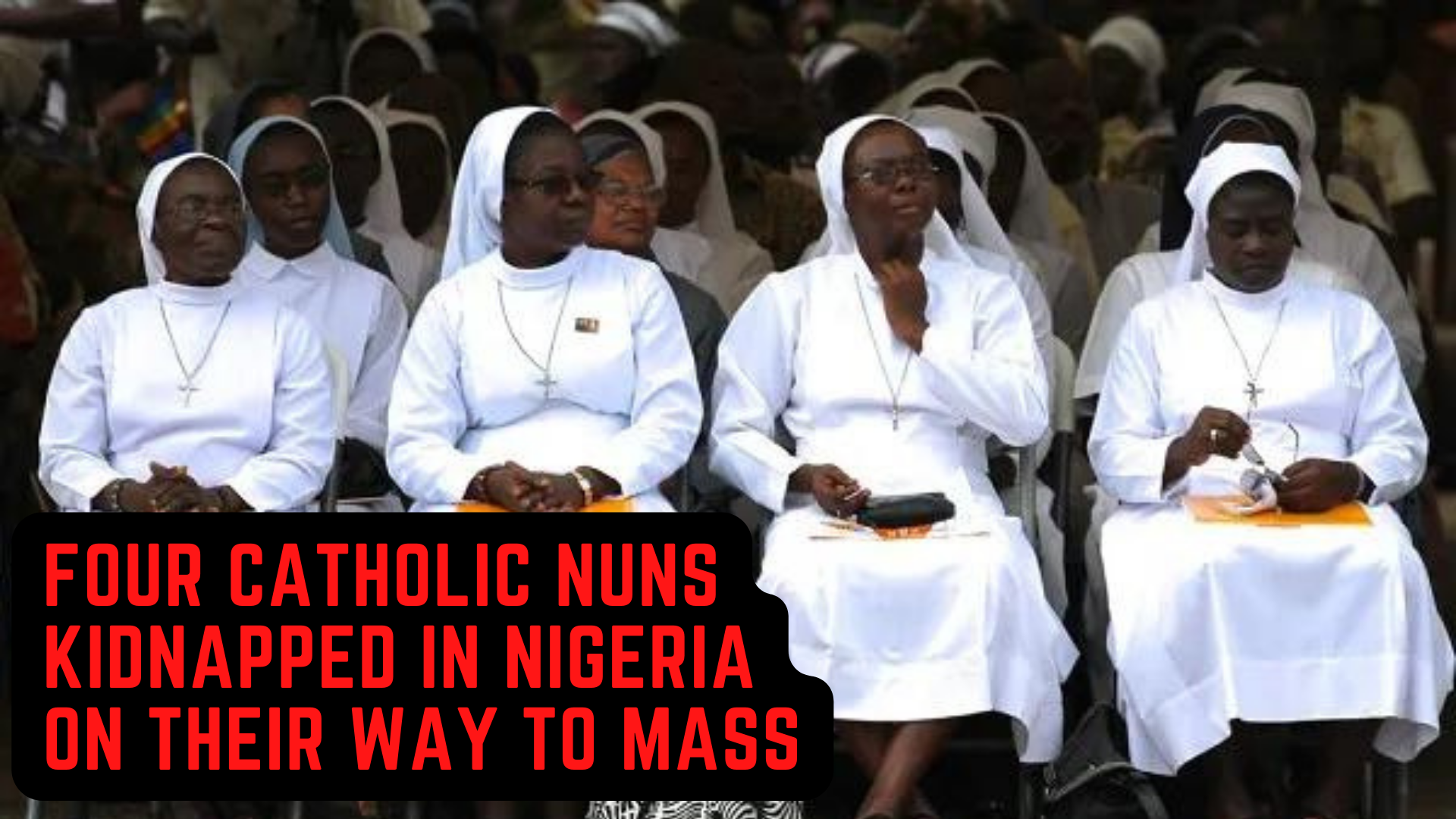 Sisters Johannes Nwodo, Christabel Echemazu, Liberata Mbamalu, and Benita Agu were apprehended while on their way to Mass.

The kidnapped sisters are members of the Congregation of the Sisters of Jesus the Savior, which issued a statement about the tragic incident signed by Sr. The Secretary-General is Zita Ihedoro. 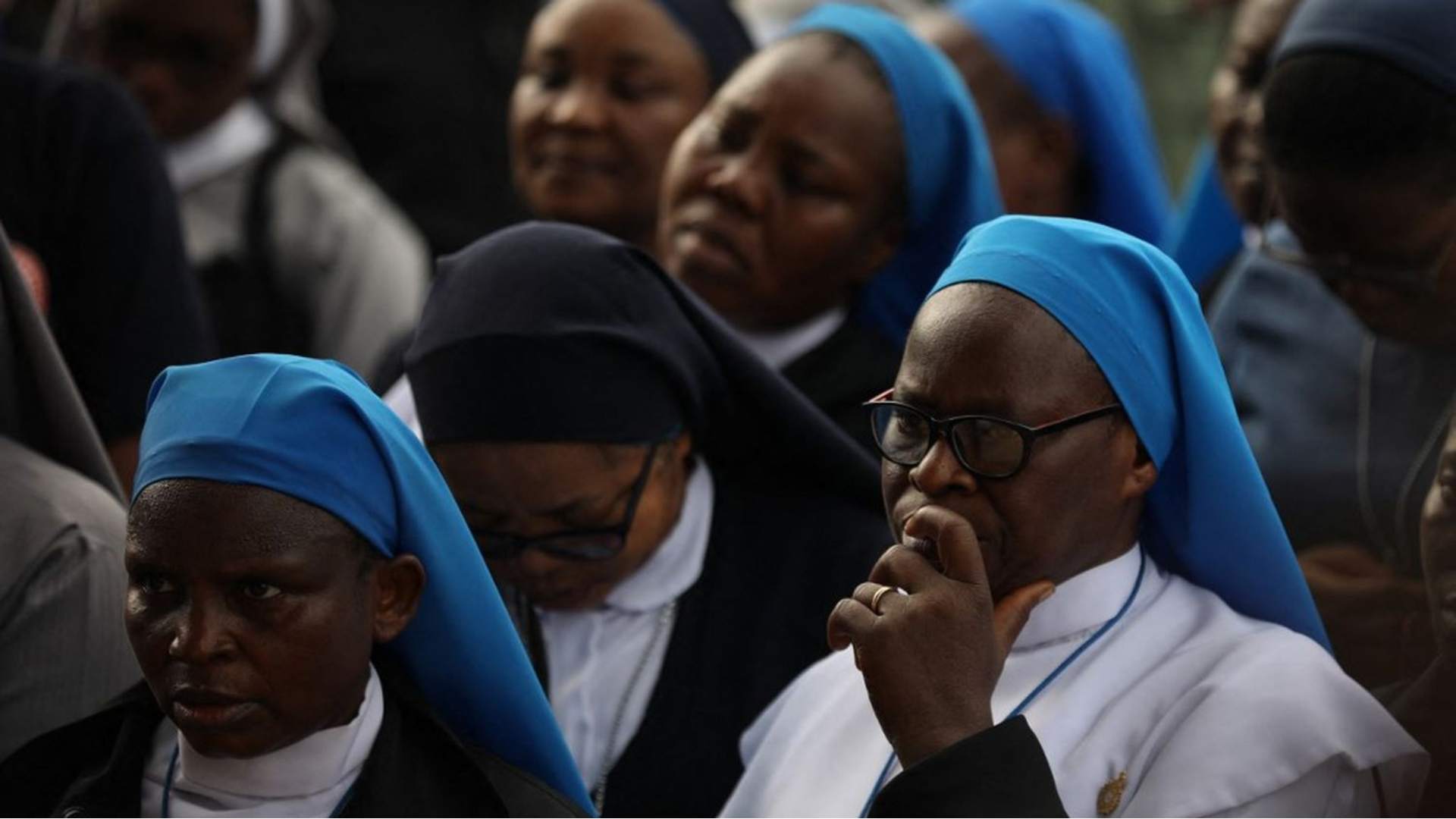 Kidnappings for ransom are common in northwestern Nigeria, but they are spreading to other parts of the country.

According to National Public Radio in the United States, approximately 45 people were kidnapped for ransom in Nigeria in June 2021 alone.

According to police, no group has claimed responsibility for the kidnapping or demanded a ransom.

The majority of hostages are freed after payment, but some have been killed.

“It is with great pain that we bring to your notice the kidnapping of our Sisters: Johannes Nwodo, Christabel Echemazu, Liberata Mbamalu, and Benita Agu,” said an Aug. 21 announcement from the community’s secretary general, Sister Zita Ihedoro.

“The sad event of their abduction occurred around the Okigwe-Umulolo area this morning shortly after the sisters were on their way to the thanksgiving Mass of our sister.

“We implore for intense prayer for their quick and safe release. May Jesus the Saviour listen to our prayers and may Our Mother Mary intercede for the unconditional release of our dear Sisters,” Sister Zita wrote. 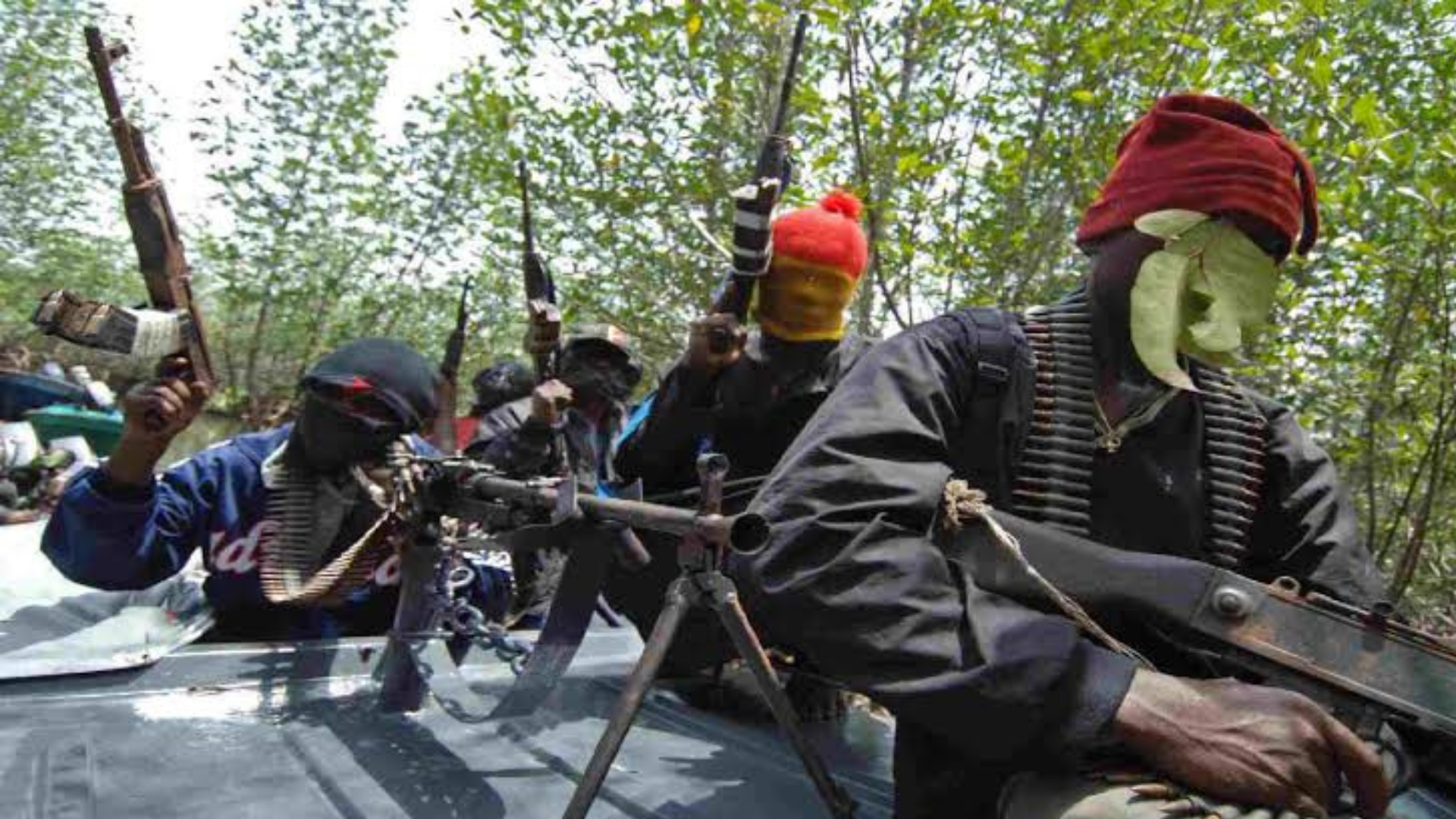 In recent months, there has been an increase in kidnapping incidents in Nigeria, with reports of several citizens being abducted, often for ransom, by bandits and armed individuals across Africa's most populous country.

Priests and religious leaders of various denominations have also been abducted.

The secretary general of the convent could not be reached for comment, but the incident appears to be the latest in a string of kidnap-for-ransom attacks in the area.

A kidnapped Catholic priest was released last week after allegedly paying a large ransom and spending only two days in detention.

The Catholic Society of Nigeria (CSNdirector )'s of communication, Mike Umoh, said the abductions are a reality that the church has too often faced.

"It is the unfortunate reaffirmation of the disgusting situation we have found ourselves as a nation," he said. "And more unfortunate is the reality that the government of the day seems either incapable or unwilling to arrest the situation. We have been speaking against the persistent callous attacks in the country."

Nigerian authorities have struggled to maintain security in many parts of the country and are frequently chastised for their shortcomings.

Security forces have increased their assault on armed gangs this month, with some success.

The Nigerian Air Force said last week that airstrikes in northwestern Kaduna and Katsina states killed 55 gang members and resulted in the release of hostages.

According to the deputy governor of northwest Zamfara State, Bello Taraji, a notorious bandit, has repented and will work with authorities to restore peace in the region.

President Muhammadu Buhari issued new orders to his military chiefs to "deal with terrorists" without limitations.

According to security analyst Darlington Abdullahi, troops are making progress but will require more community cooperation.

"This kind of thing should not come as a surprise; all you need is the political will to guide the action of the forces," Abdullahi said. "We must understand that most of the things that are happening do not come only from the political masters, but the people not supporting the action of the military. The people's support for security agencies is very, very important, you'll see the results coming in."

The prelate of the Methodist Church of Nigeria was recently kidnapped in southeastern Abia State.

He was released after paying his kidnappers more than $230,000.

In May, Archbishop Matthew Ndagoso of Kaduna, the bishops' conference's vice president, told an online forum:

“Banditry has taken a new dimension in the last three to four years as bandits now use sophisticated weapons to massively destroy villages and their properties, kidnapping for ransom during the daytime and at night.”

He blamed the country's porous borders for the influx of increasingly sophisticated weapons, which he said fueled rising insecurity.

To sum it up, Four Catholic nuns were kidnapped in Nigeria on Sunday, August 21, 2022, on their way to the mass.

This concludes that kidnappings of Christians in Nigeria have increased in recent years, prompting Church leaders to express grave concern about the safety of their members and urging the government to prioritize the safety of its citizens.