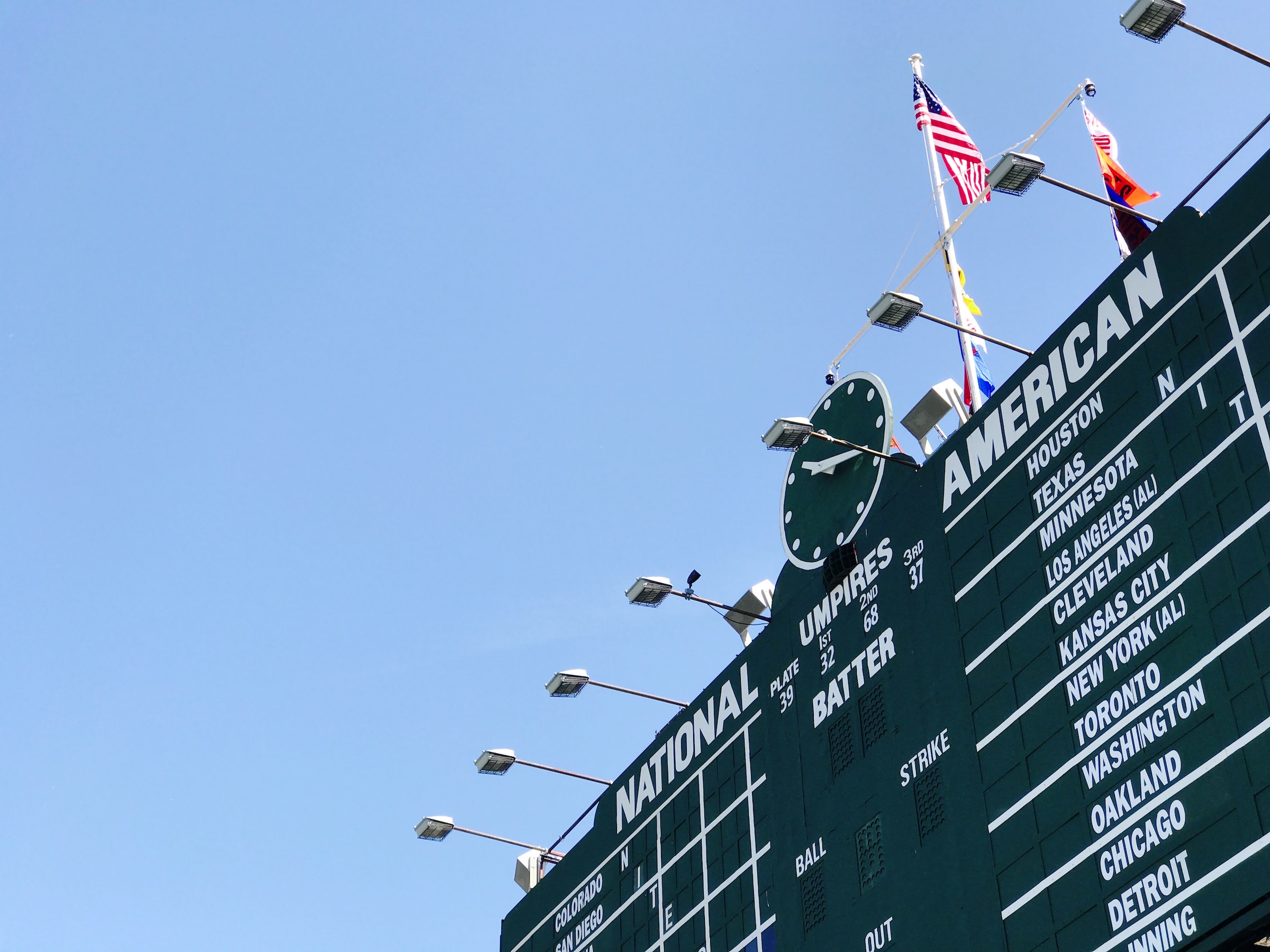 Do you want to bet on the next game between Detroit And Los Angeles? Check our Angels Vs Tigers predictions to choose the winner.

For background on regular season game, let's examine how the Angels and Tigers have performed in previous encounters.

The Angels have triumphed twice over their opponents in the four games between these teams so far this season.

Los Angeles Angels defeated their opponent by a score of 10-0 in their most recent encounter.

The Angels scored 10 runs on 16 hits, while the Tigers managed just four hits and no runs.

When these two clubs clash at Angel Stadium, we'll see how things turn out this time. 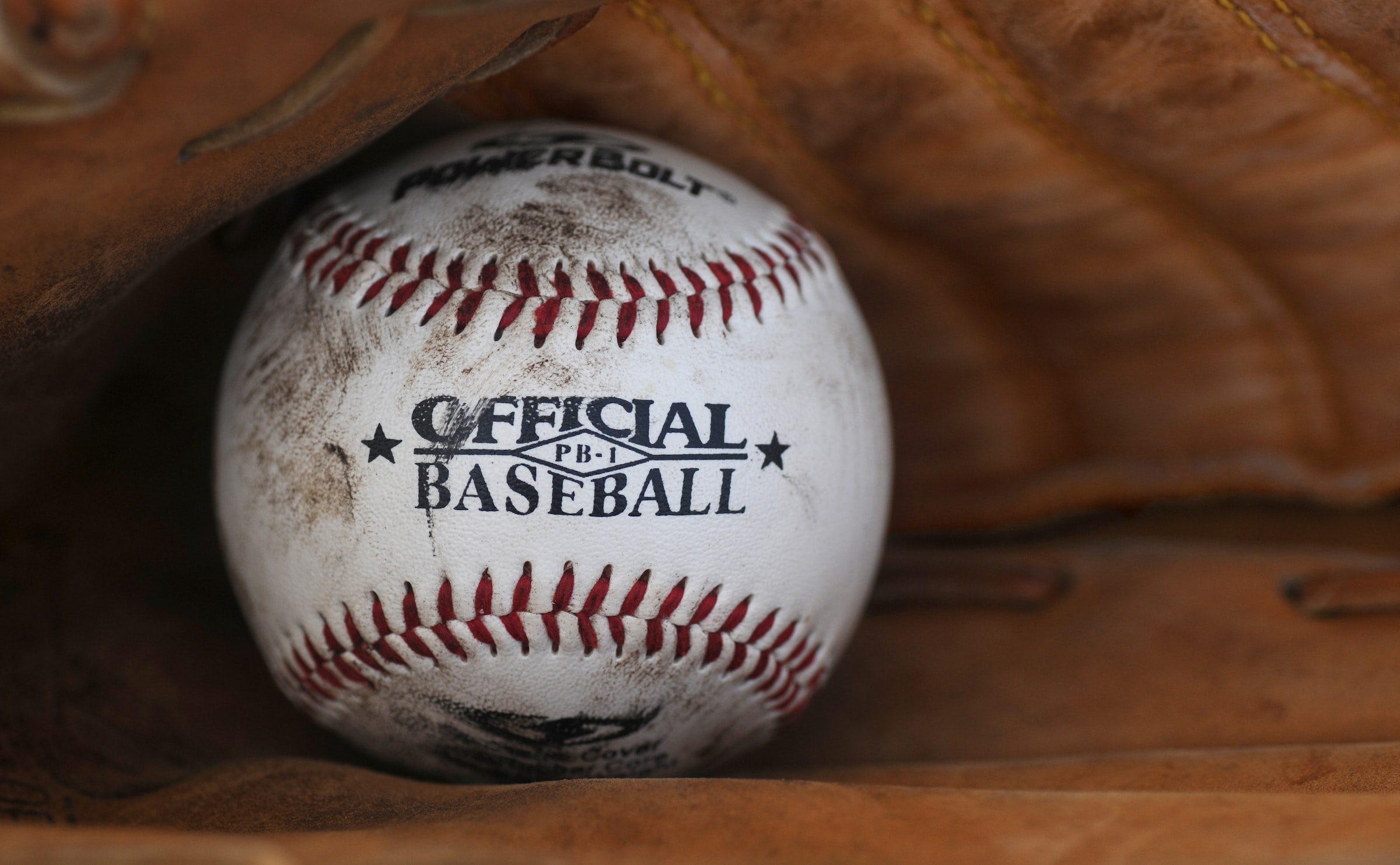 Baseball ball inside a glove

Analysis Of The Detroit Tigers Vs Los Angeles Angels

In the third and final game of their three-game series, the Los Angeles Angels welcome the Detroit Tigers to Angel Stadium with the goal of winning all three games.

Both teams are out of the playoff picture, but Detroit has played worse baseball recently, going 3-7 in their last 10, while LA has gone 7-3 in their past 10.

Since June 14th, Drew Hutchison has been a part of the starting lineup after beginning the year in the bullpen.

The absence of runs and hits has been Detroit's primary flaw in 2022. They rank 27th in batting average, last in home runs, and worst in team OPS.

The improvement of the offense and the starting pitching should be the GM of the Tigers' main priorities, whoever that may be.

The team's greatest strength has been its relief pitching, with the bullpen's ERA spending the majority of the season (if not the whole season) in or around the top 10.

The second starting pitcher for the Angels, Patrick Sandoval, has had a fantastic season but has gone unnoticed because of his excellent colleague, Shohei Ohtani.

The right-hander averages nearly six innings each start, slightly over one strikeout per inning, and has only allowed three runs or less in 18 of his 22 appearances.

The powerful Angels lineup is a free-swinging group, ranking 27th in batting average, 26th in team OPS, and having the most strikeouts of any MLB team.

However, they also smash the ball far, ranking tied for 10th with Seattle in home runs.

When the pressure is off, the Angels have played well, going 7-3 in their previous ten games.

Trout and Ohtani have a combined total of 63 home runs, compared to the Tigers' 80 home runs as a team this season. 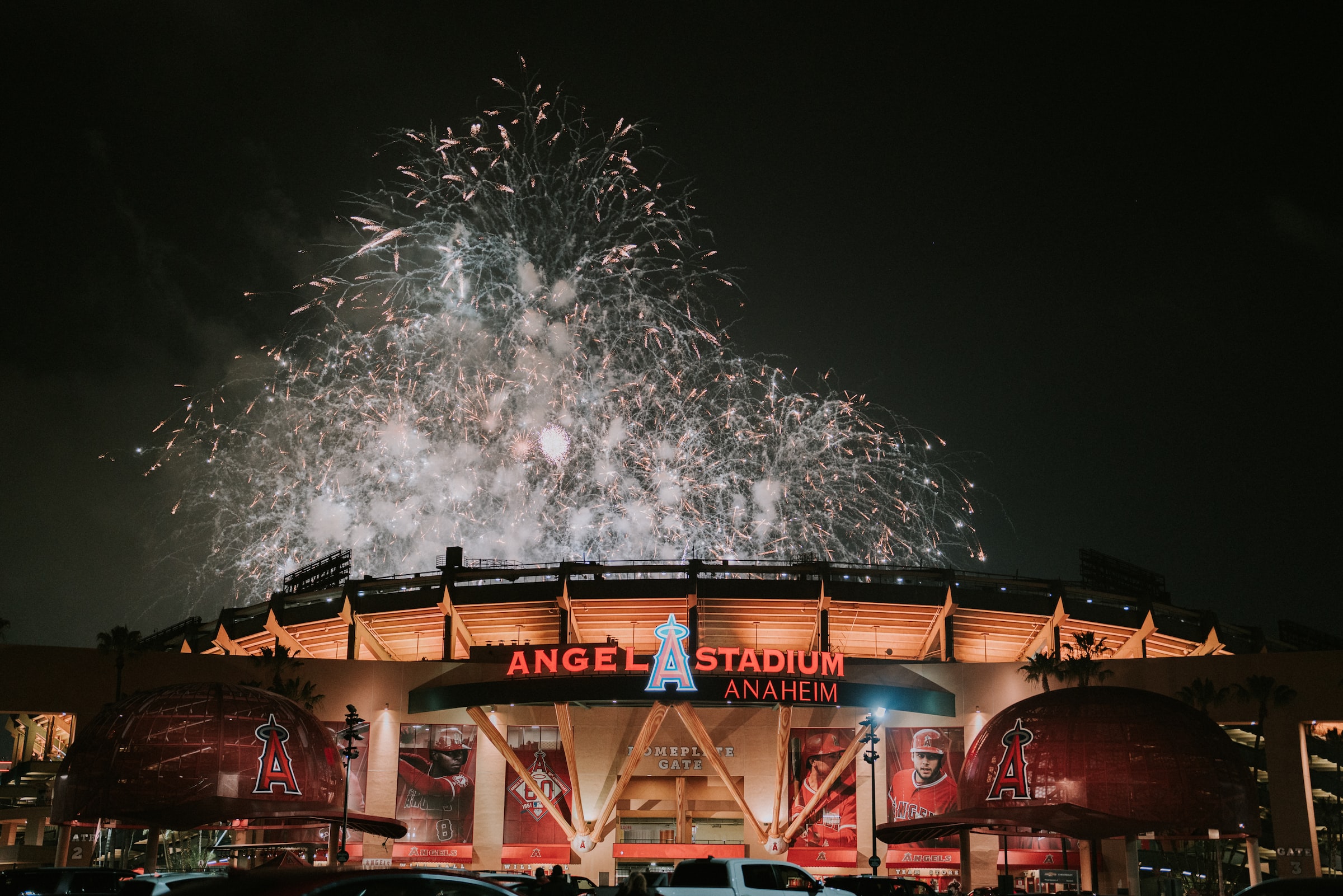 Here are some of the most popular MLB player prop bets for Angels players for the game, taking lucrative previous betting trends into account:

Record Against The Spread For The Tigers

Record Against The Spread For The Angels

Drew Hutchison has walked 7 of 37 batters (19%) in the late innings this season, which is the highest percentage among starting pitchers in MLB with at least 66 innings pitched.

When Drew Hutchison is down in the count this year, opponents are only hitting.219 (14-for-64) against him, which is sixth best in MLB among starting pitchers with at least 66 innings pitched. The league season is.334, which is in the 96th percentile.

Drew Hutchison ranks third in MLB among starting pitchers with at least 66 total innings pitched with a strikeout percentage of just 13% (30 SO in 230 PAs) against batters not batting 3–4 in the order this season.

The league average is 22%, which is in the second percentile.

Drew Hutchison is ranked fourth in MLB among starting pitchers with at least 66 total innings pitched (league average:.578; 97th Percent) for allowing a slugging percentage of just.344 (22 total bases/64 ABs) when trailing in the count this season.

Since the start of last season, Patrick Sandoval has thrown 210 balls into play while allowing an average exit velocity of just 84.2 MPH, ranking second in MLB among starters with at least 147 innings pitched.

This season, opponents have hit.350 (21-for-60) off of Patrick Sandoval's raised fastball, which ranks fifth in MLB among starters with at least 66 innings pitched.

The league average is.225, which is in the fourth percentile.

The second-highest percentage in MLB among starting pitchers with at least 66 total CH is Patrick Sandoval, who has thrown his changeup 47% of the time (257/549) with two strikes this season.

The league average is 17%, placing him in the 98th percent.

Tigers Keys To The Game Vs. The Angels

Angels Keys To The Game Vs. The Tigers

The Angels have had the worst season in MLB (.167 average) when tied going into the seventh inning; their league average is.500.

The Angels have the second-worst record in MLB when their opponents score in the opening inning this season, going 6-33 (.154); the league average is.335.

The Angels have the fifth-worst record in MLB when trailing in the eighth inning, going 3-60 (.048; the league average is.084).

Trends In The Tigers' Hitting Statistics

The lowest slugging percentage in MLB this season for Tigers hitters against RHP is.319; the league average is.393.

The Tigers' batters had the lowest OPS in MLB against RHP this season (3,613 PA); the league average is.704.

Since the beginning of the previous season, Tigers hitters have had the lowest OBP in MLB (.289) and the lowest league average (.313) versus RHP.

At the beginning of last season, Angels hitters had the lowest OBP in MLB (1,398 PA) when facing the starting pitcher for the third time in a game; the league average is.325.

This season, Angels hitters have the fourth-lowest OBP (1,510 PA) versus LHP in MLB, with a league average of.317.

The Angels' hitters had the third-lowest OBP in MLB (5,885 PA) with two strikes at the end of last season. 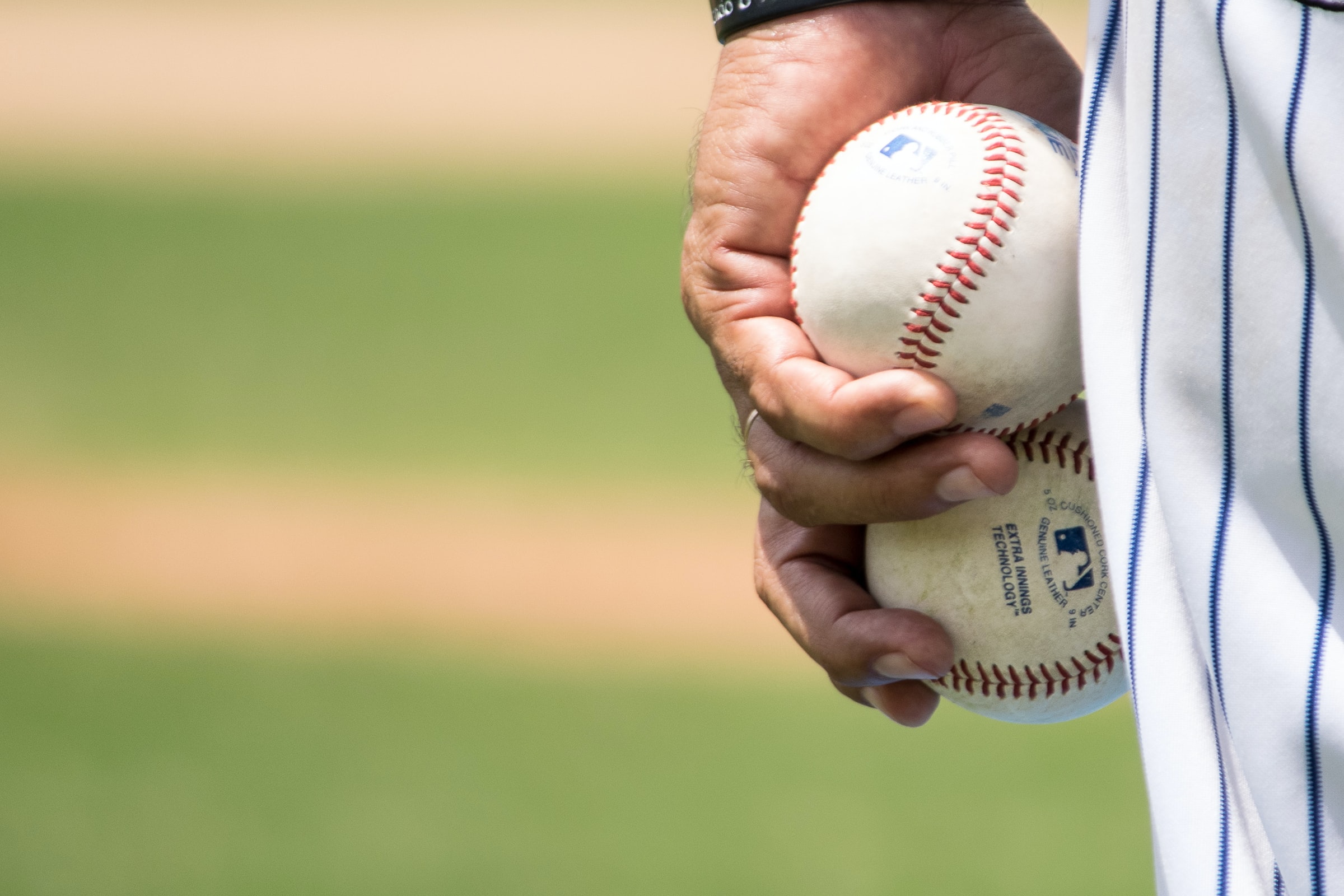 Since the start of the previous season, opponents have missed 23% of pitches thrown by Tigers pitchers, which ranks third lowest in MLB (league average: 26%).

This season, opponents have only grounded balls at a rate of 42% against Tigers pitchers, which ranks fifth lowest in MLB; the league average is 43%.

The Tigers' pitchers have given up the opening goal in 61% of their away games this season, which is the highest percentage in MLB (the league average is 46%).

Since the start of last season, the Tigers pitchers have allowed their opponents to score first in 61% of their games, which is the greatest percentage in MLB (the league average is 50%).

This season, Angels pitchers have had the lowest winning percentage in MLB (8%), compared to the league average (24%), when they have allowed their opponents to score in three different innings on the road.

Since the start of last season, the Angels have only won 25% of games in which their opponents scored first, which ranks them fourth lowest in MLB (league average: 32%).

Since the start of last season, the Angels have only won 28% of their home games in which their opponents scored first, which ranks third-lowest in MLB (league average: 36%).

How Much Would It Cost To Buy The Detroit Tigers?

What Did Detroit Tigers Used To Be Called?

From 1881 through 1888, Detroit fielded a National League team known colloquially as the Wolverines, which won the NL championship in '87.

Six years after the Wolverines split up, Detroit acquired a team in the Western League.

What League Is The Los Angeles Angels?

It evolved from the Western League, a small league with its headquarters in the Great Lakes states that eventually aimed to become a major league.

What Happened To The California Angels?

The Los Angeles Angels of Anaheim became the team's official name in 2005, and before the 2016 season, owner Arte Moreno had the of Anaheim prefix removed.

They are now simply known as the Los Angeles Angels, as they were when they first began.

Although Detroit has a stronger bullpen, the Angels' starting pitcher and lineup are superior.

The Halos are adept at hitting the ball far, and Hutchison has allowed three long flies in his last two starts.

The first five innings' money and run lines have too much movement, but I do think the home team will hit the Detroit starter for at least one home run.

For the first five innings, I'll take the Angels to score over 2.5 runs as a team.