Sports Betting In Nigeria - Why It's So Popular? 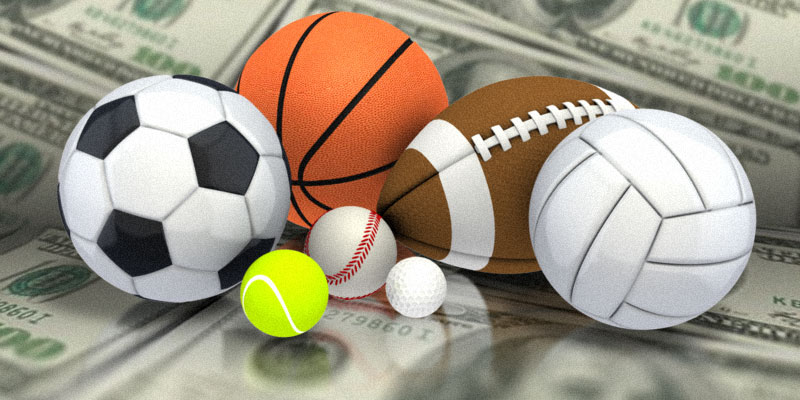 The National Lottery Regulatory Commission and the Lagos State Lottery Board are two entities that govern sports betting sites in Nigeria. Licenses may be awarded after thorough inspections and a range of exams into how a certain betting firm could function.

Examining a company's financial status and ensuring that sports fans get a safe and secure service are two common tests.

After all, those who engage in sports betting are risking their hard-earned money in the hopes of winning big and bringing in some extra income. It is also critical that the betting firms in issue are capable of providing a safe and secure service, as well as paying out huge quantities of money to any successful bettors as and when they are required.

The history of betting in Africa is murky, but in the early 1960s, Ghana passed the Lotteries Betting Act, which established controls for the sector. The Gambling Machines Act of 1973 and, subsequently, the Casino Licensing Act followed. All of these rules were put in place to guarantee that both players and operators received enhanced safety and security protection. In South Africa, however, the situation was different, since the government passed the South African Gambling Act in 1965, which forbade all types of betting.

The post-apartheid administration, on the other hand, declared all types of gambling legal and passed the National Gambling Act two years later. The regulation was slow to take hold in Nigeria. The government only formed a National Lottery Commission in 2005 to monitor the betting business and guarantee that players', stakeholders', and the general public's interests were safeguarded openly and responsibly.

Sports betting has seen tremendous development throughout the continent in recent years, spurred mostly by fans who watch their teams compete in European and local sports tournaments. With hundreds of games played each week, supporters want to be rewarded for their passion for sports, particularly football.

These are just a few of the prominent firms. In February 2022, Akin Alabi, the current Chairman of the Nigerian House of Representatives, presented a motion for two laws that would guarantee that international betting businesses operating in Nigeria pay taxes to the government.

The Growth Of Sports Betting In Nigeria

Due to expanding internet connectivity, the convenience of payment, population expansion, and the availability of smartphones and other digital devices, sports betting has gained greater traction in the digital realm than in brick-and-mortar betting shops throughout time.

Vinny (actual name hidden) is in his late twenties and has been betting for over 10 years, dating back to the days when Bet9ja and Merrybet used to write codes on the board. He usually bets N200, although he admits to having risked N10000 in a slip previously. He claims to have won over N500,000 on a bet slip as well. When there are frequent defeats, players' motivation to play grows and falls. "Betting is a different way to gain money than working for a paycheck." "I usually play for enjoyment since it's a win or loss scenario for a gambler," he explains. When forecasting, he now searches for traits that have the highest possibility of winning. He claims that the majority of the times he cashes out are when he isn't thinking about the game. "Games that I dey supervise na games that I spend more money on, so I just for fun," he said.

In 2019, Bet9ja took over as the exclusive sponsor of Big Brother Naija, a prominent reality TV program with an estimated 40 million viewers throughout Africa.

What Is The Daily Cost Of Sports Betting In Nigeria?

Sports bettors in Nigeria spend roughly N2 billion every day. This sums up balloons to a tantalizing N730 billion per year.

One noticeable similarity between Nigeria and South Africa is that they both have the highest unemployment rates on the continent, at 33% and 35%, respectively. It's plausible to argue that, as a result of significant young unemployment, both nations have a high betting rate.

Contributes To The Nigerian Economy

Nigeria's economy benefits from the betting business. The generation of employment is one of the net benefits of betting on the economy. Betting shops may be found on practically every street in the nation, and they employ young people as salespeople who assist punters in booking games and collecting money. The majority of these locations are also employed as observation areas, enticing visitors to the betting shops and eventually converting them to bettors.

Economists expect that online gaming revenues will rise in the future years, resulting in a positive economic effect, new employment being generated, and tax income being directed to other areas of the economy such as education and public health.

Nigeria was the second-largest online betting market in Africa in 2018, according to a PwC analysis, with total gaming revenues of $58 million. According to the estimate, the GGR will increase by 16 percent over the next five years. South Africa is the continent's biggest sports betting destination, with a total gaming sector GGR of roughly $2 billion.

Gambling carries hazards such as addiction, financial loss, and the likelihood for minors under the age of 18 to be persuaded into gambling. For the last 7 years, I've been an active player who has bet 3 to 4 times every week. On average, he bets N500. His incentive for betting is that he hopes to strike it rich one day. "Well, Nigeria is a difficult place, and doing things properly will not cause somebody to blow.' So, I'm simply trying my luck; the at least, if I join now, I'll be able to solve one or two issues," he said. "Once in a blue moon," he answered when asked how frequently he wins.

Due to the country's tough economic situation, it's impossible to blame those who gamble in Nigeria. However, as many of the respondents agreed, betting is not a long-term means to develop money. Even if their days of losses far outnumber their days of gains, the only reason most of them regularly gamble is to participate in lawful activities that bring in additional income. The majority of the people I talked with concerning sports betting claimed that, although they bet most of the time, their good days are few and far between.

Sports betting has seen tremendous development throughout the continent in recent years, spurred mostly by fans who watch their teams compete in European and local sports tournaments. With hundreds of games played each week, supporters want to be rewarded for their passion for sports, particularly football.