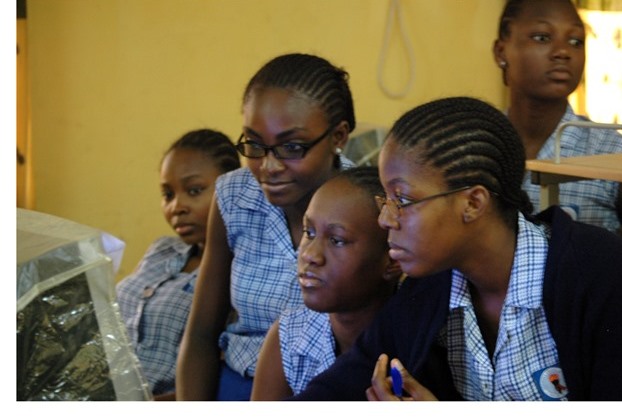 Over N100 million allocated for the use of three government universities in Ogun State, which he diverted for personal use, is currently being recovered by investigators from the Independent Corrupt Practices and Other Related Offences Commission, ICPC.

Over N100 million allocated for the use of three government universities in Ogun State, which he diverted for personal use, is currently being recovered by investigators from the Independent Corrupt Practices and Other Related Offences Commission, ICPC.

Olusegun Lawal, the suspect, robbed the three schools of monies set aside for student meal subsidies as well as payments to contractors working on development projects.

Over the course of two years, the suspect orchestrated a sophisticated heist in which cash intended for the three schools were diverted through the use of his and his associates' businesses.

Neither did Mr. Lawal inform the appropriate authorities of Mrs. Iyabode's transfer, nor did he request the deployment or assignment of another co-signatory to the school.

As a result, in violation of civil service standards, Mr. Lawal was the only one who consistently signed checks for the two accounts' withdrawals.

Mr. Lawal is accused of orchestrating an extensive scheme that entailed the formation of bogus businesses, the establishment of accounts for them, and then the transfer of large quantities of money into the accounts in the hopes of supplying food or fulfilling contracts.

Oris Fish Industry Nigeria Ltd, SOG Best Concept, Oris Farms and Food, and Toyinlolu Gbade and Sons are some of the companies he allegedly set up to scam the system, according to investigators.

None of the firms was registered to operate any kind of business, according to the Corporate Affairs Commission.

Between February 2014 and March 2015, the companies received a variety of large sums of money from the suspect for unspecified jobs.

Due to a lack of finances to pay the required contractors while the sophisticated fraud was going on, development efforts at the three schools were stopped.

Due to financial difficulties caused by the federal government's diversion of monies granted to them, the schools were also unable to finance the nourishment of their pupils and employees.

Mr. Lawal told the school officials that the government had not transferred the statutory amounts into the pay office accounts when they asked why they were not receiving the money they were owed.

Mr. Lawal always claimed that he had not received any funds from the federal government whenever the bursars of the affected schools raised vouchers for the schools' financial needs and sent them to Mr. Lawal to credit the institutions' accounts as was the usual practice, according to investigations.

However, when contractors began leaving ongoing projects due to the inability of the schools to support such work, everything came to a climax.

The ICPC has granted Mr. Lawal administrative bail, allowing him to repay all of the money he is accused of stealing. There are still so many questions clamoring for answers even as officials strive to retrieve the stolen monies from him.

What kind of structure permits a government employee to siphon so much money for so long without being caught off guard? How may a key account signatory be removed from his or her position without being replaced? Although there are a lot of questions, the answers aren't always forthcoming.